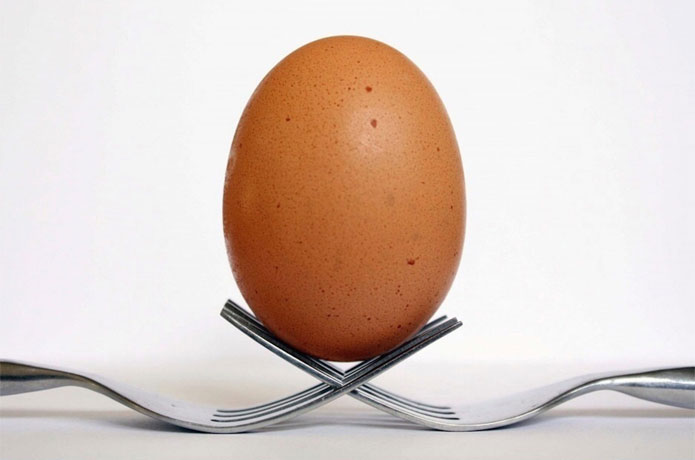 Researchers from Kent’s School of Biosciences, the Research Institute for Environment Treatment (Ukraine) and Vita-Market Ltd have discovered the universal mathematical formula that can describe any bird’s egg existing in nature, a feat which has been unsuccessful until now.

Egg-shape has long attracted the attention of mathematicians, engineers, and biologists from an analytical point of view. The shape has been highly regarded for its evolution as large enough to incubate an embryo, small enough to exit the body in the most efficient way, not roll away once laid, is structurally sound enough to bear weight and be the beginning of life for 10,500 species that have survived since the dinosaurs. The egg has been called the “perfect shape”.

Analysis of all egg shapes used four geometric figures: sphere, ellipsoid, ovoid, and pyriform (conical), with a mathematical formula for the pyriform yet to be derived.

To rectify this, researchers introduced an additional function into the ovoid formula, developing a mathematical model to fit a completely novel geometric shape characterized as the last stage in the evolution of the sphere-ellipsoid, which it is applicable to any egg geometry.

This new universal mathematical formula for egg shape is based on four parameters: egg length, maximum breadth, shift of the vertical axis, and the diameter at one quarter of the egg length.

This long sought-for universal formula is a significant step in understanding not only the egg shape itself, but also how and why it evolved, thus making widespread biological and technological applications possible.

Mathematical descriptions of all basic egg shapes have already found applications in food research, mechanical engineering, agriculture, biosciences, architecture and aeronautics. As an example, this formula can be applied to engineering construction of thin walled vessels of an egg shape, which should be stronger than typical spherical ones.

This new formula is an important breakthrough with multiple applications including:

1. Competent scientific description of a biological object. Now that an egg can be described via mathematical formula, work in fields of biological systematics, optimization of technological parameters, egg incubation and selection of poultry will be greatly simplified;

2. Accurate and simple determination of the physical characteristics of a biological object. The external properties of an egg are vital for researchers and engineers who develop technologies for incubating, processing, storing and sorting eggs. There is a need for a simple identification process using egg volume, surface area, radius of curvature and other indicators for describing the contours of the egg, which this formula provides;

3. Future biology-inspired engineering. The egg is a natural biological system studied to design engineering systems and state-of-the-art technologies. The egg-shaped geometric figure is adopted in architecture, such as London City Hall’s roof and the Gherkin, and construction as it can withstand maximum loads with a minimum consumption of materials, to which this formula can now be easily applied.

Darren Griffin, Professor of Genetics at Kent and Principal Investigator on the research, said: "Biological evolutionary processes such as egg formation must be investigated for mathematical description as a basis for research in evolutionary biology, as demonstrated with this formula. This universal formula can be applied across fundamental disciplines, especially the food and poultry industry, and will serve as an impetus for further investigations inspired by the egg as a research object."

Dr Michael Romanov, Visiting Researcher at Kent, said: "This mathematical equation underlines our understanding and appreciation of a certain philosophical harmony between mathematics and biology, and from those two a way towards further comprehension of our universe, understood neatly in the shape of an egg"

Dr Valeriy Narushin, former Visiting Researcher, said: "We look forward to seeing the application of this formula across industries, from art to technology, architecture to agriculture. This breakthrough reveals why such collaborative research from separate disciplines is essential."

'Our job in physics is to see things simply, to understand a great many complicated phenomena, in terms of a few simple principles.'